The "MRA Debug and analysis application" is an MRA server emulator that features a protocol analysis tool among other features. It can patch your OGN client so that it connects to your own computer rather than to the MRA servers: 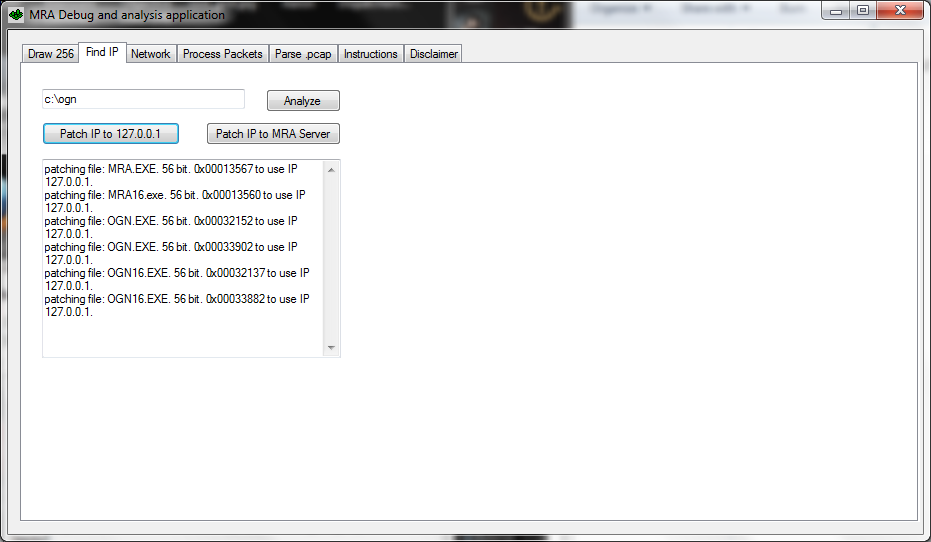 When you connect to the server emulator, the client will display a notice to that effect: 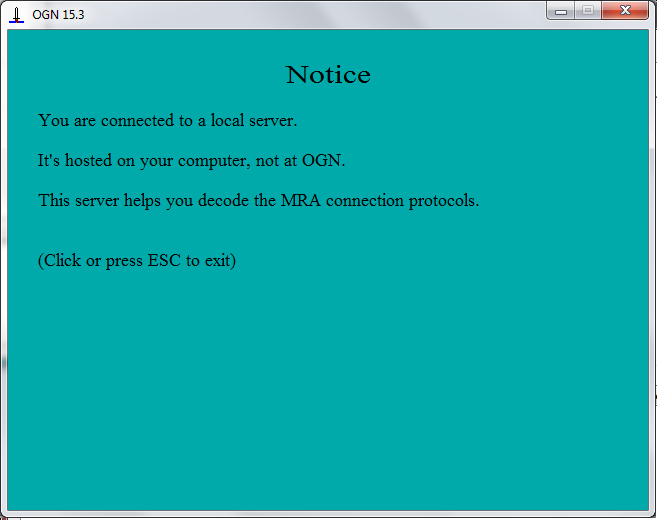 As a bonus for those debugging mapping, there's a textbox that indexes the packets that contain map commands. Selecting one of the map commands will result in the packet that contains it being selected in the Packet textbox.

You can send individual commands to any connected client by clicking the appropriate button. The application will pack it in a server message envelope and calculate a valid checksum for the modified message. 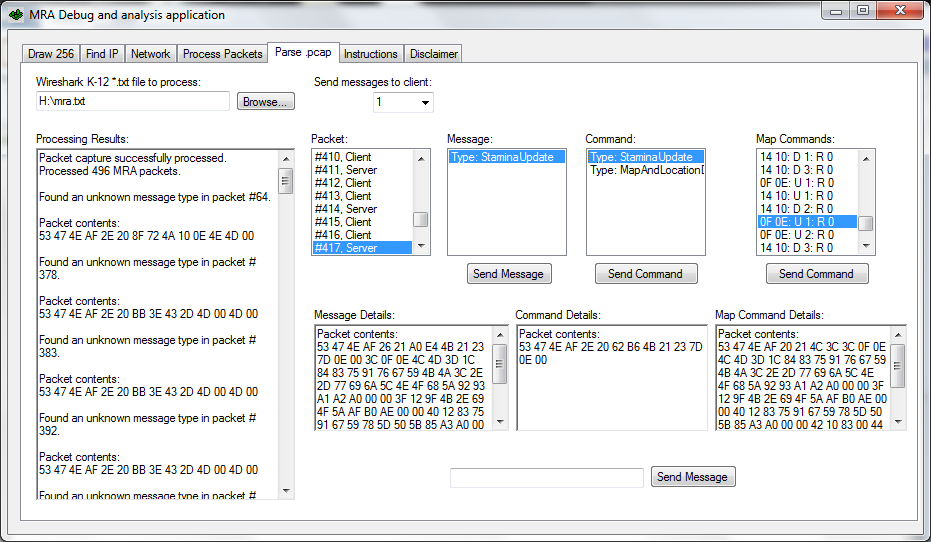 The network tab shows packets sent and received. It also allows raw data to be sent to any connected client. 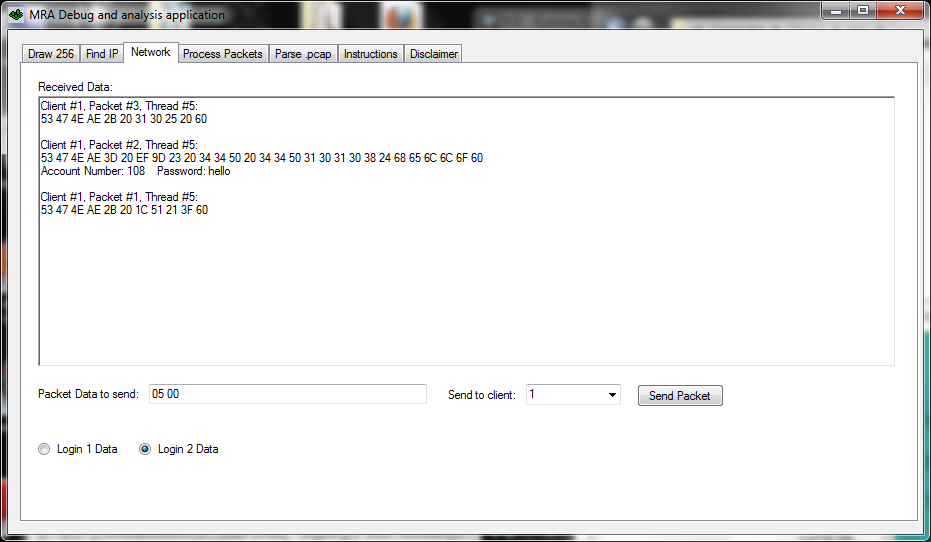 There is also a tool that processes packets as text data and neetly formatted hex. Highlighting a section of the text output will also highlight the corresponding hex values in the Packet Hex textbox. This feature saves time and reduces errors. 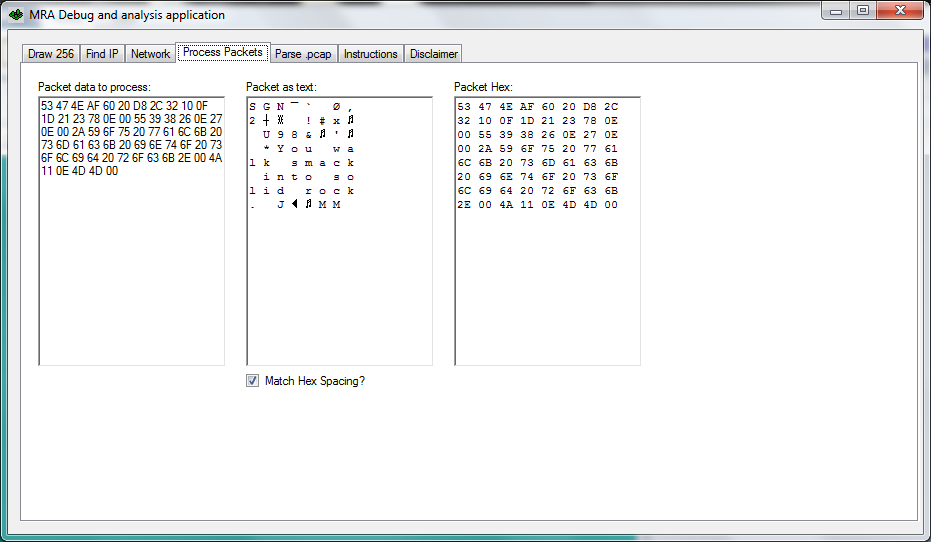 Naturally, there's a tool to process the MRA artwork files. It features various controls I used while learning how the data was stored.

When a .256 file is selected, a form pops up and displays its contents: 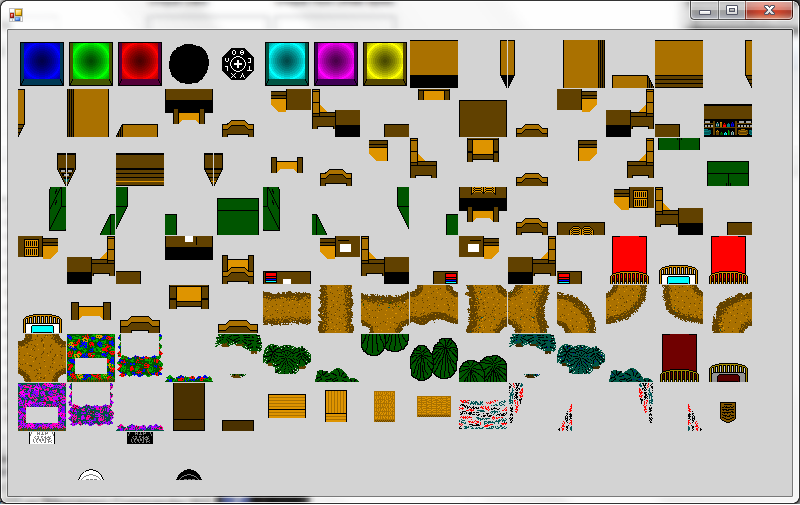 Although the MRA application isn't particularly useful, it does showcase my analytical skills.

It also demonstrates my competence with the OSI model as well as my ability to make tools designed to efficiently solve any problem I might encounter while designing custom solutions.